Desmopressin is the most popular medicine used to treat bedwetting. A dose is given just before bedtime. It comes both in tablet form and as a nasal spray.

(With the nasal spray the medicine is absorbed directly into the bloodstream from the nostril. The spray is not suitable if the child has a cold or runny nose as the medicine will not be absorbed.)

How does desmopressin work?

It works mainly by reducing the amount of urine made at night by the kidneys. Therefore, the bladder does not fill very much with urine in the night.

How effective is desmopressin?

What are the advantages of desmopressin?

Because of the way it works (stopping urine being made), it has an immediate effect on the first night of treatment. This can be very encouraging to the child (and parents). (If it has had no effect after a few days, it is unlikely to work at all. However, sometimes the initial dose is not high enough. A doctor may advise to increase the dose if it does not work at first. Also, it is possible that food can affect the absorption of desmopressin tablets into the body. Therefore, if it has not worked, then try giving the dose at least an hour and a half after the child last ate anything, and don’t give food to your child just before bedtime. Alternatively you could try the nasal spray.)

What are the disadvantages of desmopressin?

It does not work in up to 3 in 10 cases. Also, in children where it has worked, when it is stopped there is a high chance that bedwetting will return. Some children develop side-effects, but these are rare and not usually  serious.

When and how is desmopressin used?

It is generally used only in children over seven years, but sometimes in children a year or two younger. If it works, a common plan is to take it for three months and then try without it. However, when it is stopped the  bedwetting often returns. (A permanent cure following treatment is more likely with bedwetting alarms than with desmopressin. Treatment with bedwetting alarms is discussed in another leaflet.) However, some children remain dry after a course of desmopressin is stopped.

Desmopressin can also be useful for short spells. For example, this may be especially helpful for holidays or times away from home (sleepovers, etc). It may also give encouragement to a child who is fed up with bedwetting to have a period of dry nights. The child should only drink a small amount of fluid before and after a dose of desmopressin.

Are there any side-effects with desmopressin?

Side-effects are rare. Read the packet leaflet for a list of all possible side-effects. They include headache, feeling sick, and mild tummy pain. The nasal spray may cause a runny or blocked nose and, occasionally, nose bleeds. All these side-effects are not serious and clear away if the treatment is stopped.

The most serious possible side-effect is due to the way the medicine works – it reduces the amount of urine that is made. Very rarely, this can lead to fluid overload (too much fluid in the body). This may lead to convulsions and serious problems. It has to be stressed that this is very rare and unlikely to happen.

However, as a precaution, it is advised that when a child takes desmopressin:

Medicines called ‘tricyclic antidepressants’ have been used for many years to treat bedwetting. They include imipramine, amitriptyline, and nortriptyline. A dose is given just before bedtime.

How do antidepressant medicines work for bedwetting?

It is not clear how they work. It has nothing to do with their antidepressant action. They seem to have a side-effect on the bladder.

How effective are antidepressant medicines at treating bedwetting?

The success rate is about the same as desmopressin. As with desmopressin, there is a high chance that the bedwetting will return when treatment is stopped.

When is an antidepressant medicine used?

They are generally only used in children over seven years. These medicines are not as popular as desmopressin. This is because there is a higher chance that side-effects may occur. Also, these medicines are dangerous in overdose. (So keep them away from children.) However, an antidepressant is an option if desmopressin has been tried and did not work.

What are the possible side-effects?

Most children do not get side-effects. However, they are more likely to occur than with desmopressin where side-effects are rare. They include: dry mouth, constipation, blurred vision, tremor, agitation, anxiety, sleepiness, insomnia (poor sleep). If any of these side-effects occur they will go if the medicine is stopped. A rare but serious side-effect is a heart disturbance. See the leaflet that comes with the packet of medicine for a full list of possible side-effects.

Give Proper Care To Your Feet That Carry You Through Life!

Science Of Staying Young: Made Bath Salts for Natural Glow 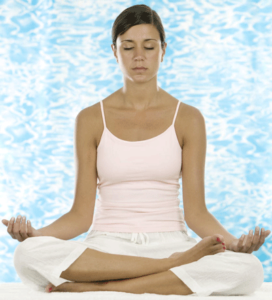